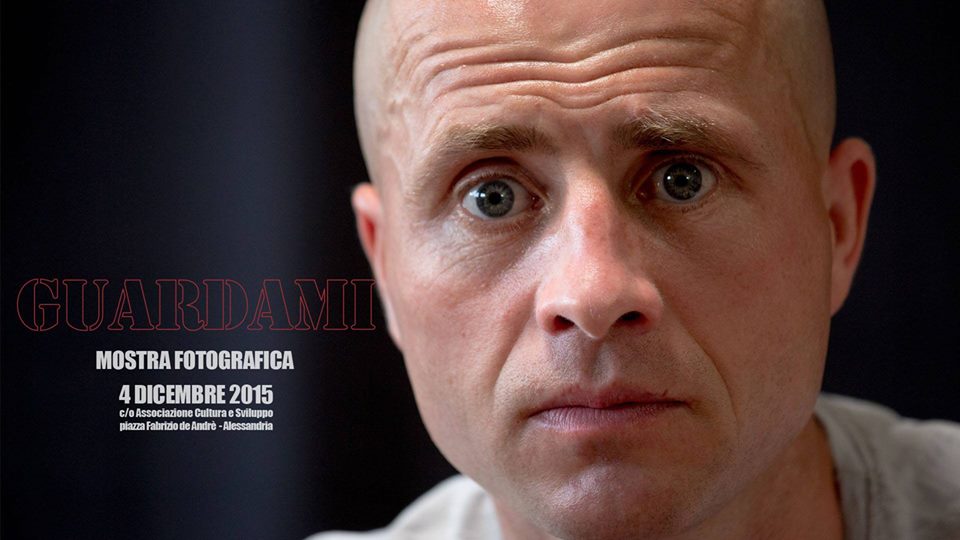 Look is an invitation to linger in front of a look and try to understand a person.
Look is an open window on a timeless space, where the concept of waiting is an end in itself and the walls enclose not only prisoners, but people outside. Enclose the "outside", fueling biases and preconceptions. The prison becomes a "non-place", a chimera, sometimes, peeps on newspapers associated with the word “problem”.
Look is a photo exhibition, a series of portraits where the subjects' eyes do not reflect the square of a softbox, but the light filtered through the window bars.

"But as we see out? They think we're all fools, vero?”

VENERDI’ 4 DECEMBER – PROGRAMME OF THE INAUGURATION

Ore 18.10 - THE LOOK OF INSTITUTIONS Statements by representatives of public institutions guarantors of the management of pain and .dell'efficacia path of recovery and reintegration

Ore 18.30 - Wave and conclusions Bruno Mello Guarantor of the rights of persons under .misure deprivation of liberty for the region Piedmont .During the meeting will be projected images from heart project

DELICIOUS BUFFET BY THE CHEFS OF SAN MICHELE CR

The idea of ​​a photographic project born in prison in the spring 2014 meeting between the Association and the Free Music photographer Mattia Marinolli and a desire to develop a cultural and personal growth restricted, but also of those who are outside and often forget the prison life.

The idea was to build a path where music, theater and image were the tools to get people.

It starts to work, writing projects, to seek partners and thanks to CANON Italy that the Association is able to get cameras that will be used by the prisoners themselves.

December arrives and the Association Free Music is promoting a major concert where Christmas is not the only theme, but the means to bring the closed world with the free world and to talk about the person without bias. The city of Alexandria is fully involved and the show is offered in the same day in the House of Detention in the Church of S. Stefano, with the exchange of gifts between the two worlds.

Such enthusiasm, much energy and desire to continue to build.

The cameras are there, and so also the photographer, thanks to the Christmas Concert Association Free Music comes in contact with the Association ICS Onlus.

Further interchange, of words, relation between the feelings lived within those walls and perception to working to the same projects.

The idea is to teach inmates the use of semi-professional cameras, the construction of an image and use it to learn about themselves, as well as practical support to the paint shop inside the prison.

Instead, something else happens! An idea born as always, but then it develops, changes, evolves and the people you meet to change it.

Course participants learn to use cameras to work on the photos, but Mattia get to know the people he works with are people ..., with a difficult path behind, but people with feelings, fears, hopes and the need to be GUARDATI to be understood or at least heard.

And the result of this work is here, work that would never be realized if there had never been willing to believe un'dea, the firmness of the Association Free Music to pursue it even when it seemed impossible, the union with the Association ICS Onlus ... a path very intense, but at the end of which you are aware that only by joining forces and with full respect for others you can build something.

This website uses cookies, also from third parties, to guarantee you a better use of the contents. Browsing the site, clicking on any link or continuing navigation in any other way, you implicitly accept their use.I accept Extended information
Privacy & Cookies Policy

Any cookies that may not be particularly necessary for the website to function and is used specifically to collect user personal data via analytics, ads, other embedded contents are termed as non-necessary cookies. It is mandatory to procure user consent prior to running these cookies on your website.